skip to main | skip to sidebar

So the following morning as early as we could make it, Haddy, three noisy and excited girls and me got a taxi to Bakau.
The African Village Hotel is shut and so we won’t be going there, so it looks very much like a trip to Ocean Bay is in order ?
Wouldn’t you know it, they’re shut too as they are renovating a few bits including the swimming pool.
AAAAAAARGH !!!
Ok, where next ?
Red Croc’ is suggested by the Ocean Bay staff so we might as well have a try since we’re in the vicinity.
Yaay !!!
Success.
They’re going to charge us the same as Ocean Bay would, and what’s more they’ll supply dinner.
They only have about twenty guests at the present moment because one lot has just flown back and they’re not expecting anybody else until a lot later tonight and we’ll be gone by then so it looks like we’ve got the complete pool area to ourselves.
Nice one.
At least the girls won’t get jostled while they’re in the water and they can all splash about to their hearts content.
Hopefully it’s going to be a nice relaxing day ?

So we’ve told Mariama, Jalika and Ida they can have about an hour in the pool and then we’ll have lunch, after lunch they can mess about for an hour while their lunch goes down and then they can go back in the pool until it’s time for us to go.
It sounds about right.
I can’t see them wanting to get out because when you put the three of them next to water then they do tend to become water babies for the duration, but we’ll see ?
They know the score anyway, they’ve been doing it for long enough now. 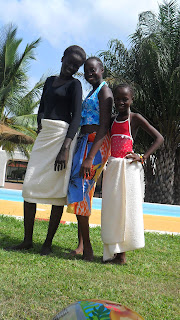 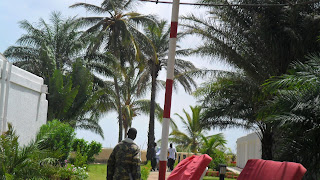 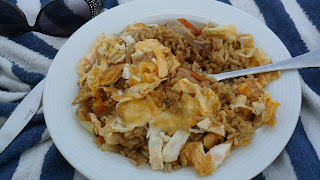 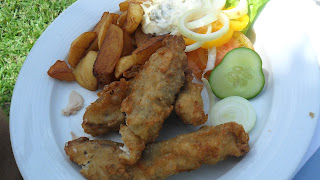 Right, well that will give you some sort of idea...
And just before we ordered, big sister Awa who is currently part-timing at Ocean Bay as opposed to her full time post decides to walk up the road and pay us a visit.
She's taken some time out to get one of her relatives shops up and running.
It's a dress shop with material from the USA, Senegal and anywhere else she can get the fabrics from and she seems to be doing quite well at it.
I can see her finishing at Ocean Bay if it carries on being as successful as it seems to be at the moment.
Oh, and food was chicken, chips and salad x4 and Nasi Goreng x1 just in case you were wondering what the food was ?


After lunch we went for an exploring session as we’ve never been here before.

It’s definitely quite a nice place to relax in that it’s got a few hotel businesses that you don’t usually see such as the ‘Holistic’ studio, and the beach itself is quite near to the poolside area. 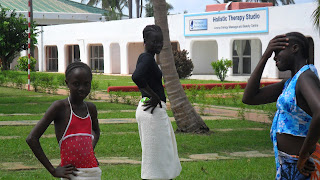 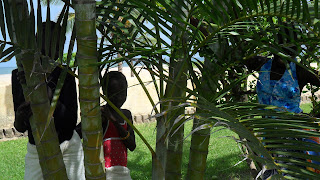 I don’t know what it’s going to be like when it’s chock-full of guests but there seems to be enough space to accommodate them.

Right, dinner’s gone down so it’s back in the pool… 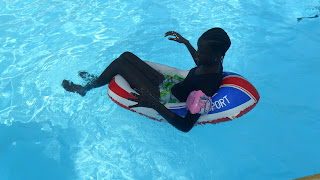 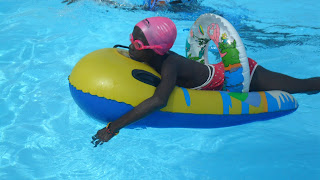 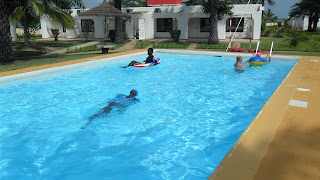 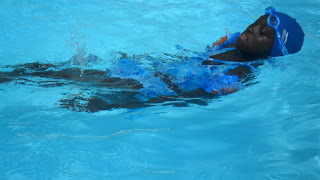 And that was our first trip to Red Croc’.
We left at about four-thirty after doing what we’d hoped to do.
We’d had a very relaxing day out but then when you get back you realise that isn’t going to last because everybody wants to know where you’ve been even though they’d all been told and we’d got a compound full including Sainabou and Adama. 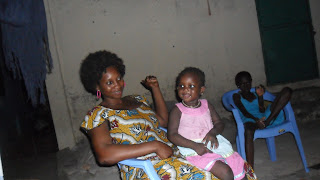 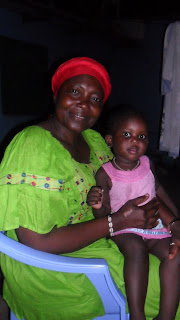 Oh well, looks like it's time for a bit of music and a beer ?
And we've definitely got another dancer in the family... 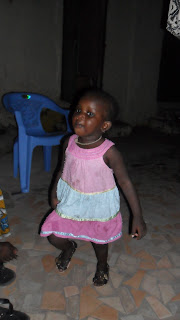 Chris Ripple
Ok...This is the site where you get to hear and see some of the new stuff and a bit more of the old... No, you cannot download copies of complete poems, you could of course download whatever music or lump of speech that is on here for your own amusement, however. You also get to read about Parnassus Performance and what they are up to, Bass Relief and what they are up to, and at some point a couple of old 'Kocaine' thingummy's from the 1990's.. You have been warned. You can also check out the 'In my humble opinion' blog which has nothing to do with any of this except that it is my opinion... Feel free to disagree...